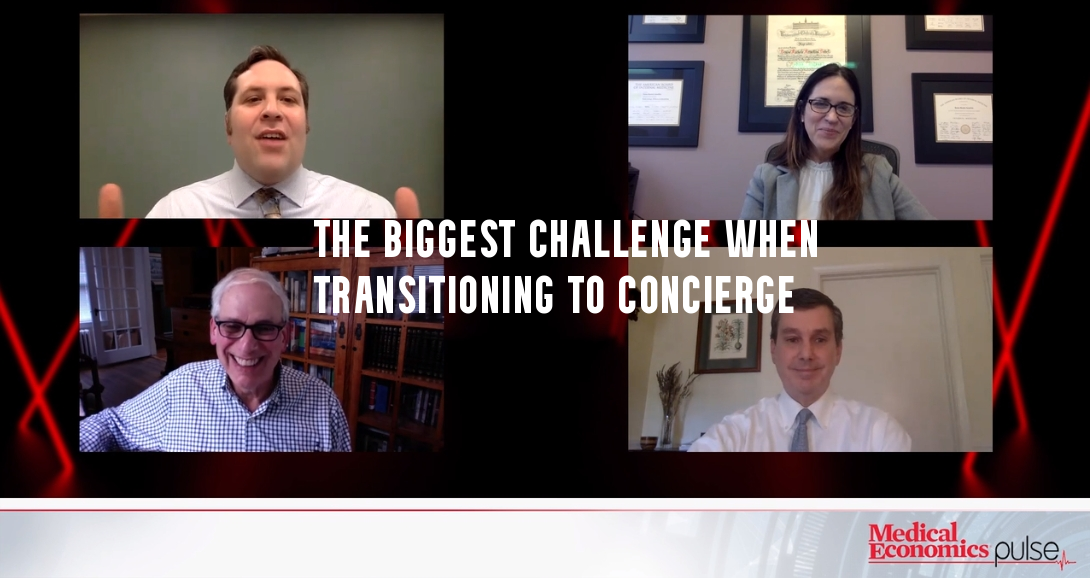 Concierge physicians recall talking to patients about the practice change

In a new six-part video series produced by Medical Economics Pulse, three Specialdocs concierge physicians describe why they transitioned their practice to the concierge model, the biggest challenges they faced and how the model helped them weather the financial challenges of COVID-19.

In part five of the series, the physicians describe facing the challenge of talking to their patients about their decision to transition the practice to the concierge model. They say feelings of anxiety and guilt turned into relief and excitement as a wide majority of their patients understood their decision or were also excited to join and experience the benefits.

George Zenner III, MD, a concierge Family Medicine physician in Houston, Texas says it was about a four-year process in making a decision to transition to concierge medicine in large part because he felt guilty that he was going to lose some patients due to the change.

“But I couldn’t keep doing what I was doing. It wasn’t possible. I just didn’t have a choice,” says Dr. Zenner. “So, Specialdocs did a great job of sending a letter out to all of my patients explaining the transition and why we were doing it. After the letter went out I talked to every patient I saw over the next six months and I explained why I was doing it.”

Dr. Zenner says that in addition to communicating the benefits of the concierge model, he was open with his patients about the toll the traditional practice was taking on him.

“I told them I wanted to keep doing what I was doing for hopefully another 15-20 years and I wasn’t going to last that long doing what I was doing. I was going to hit a wall eventually. We didn’t try to sell people. I told them we understood that it wasn’t for everybody, that everybody doesn’t want that kind of care but some do. I was kind of surprised but it went very smoothly,” says Dr. Zenner.

Jeffrey Weinberger, MD, a concierge Internal Medicine physician in Greenwich, Connecticut wrote a letter from the heart to his patients. He told his patients that he would be there for them every step of the way no matter what occurred.

“If you have to go to the emergency room, nowadays it’s scary going there. They’re overwhelmed by bureaucracy. In the letter I told them I’m your advocate, that I’ll call the emergency room doctor, and that I’ll stay in touch with that doctor,” he says.

The single worst thing to happen to a patient is fragmented care. Dr. Weinberger assured his patients that in his concierge practice, they’ll always have someone to speak for them no matter what the circumstance and no matter what medical bureaucracy they have to endure.

Specialdocs helps physicians and their patients understand the transition to a concierge practice, enabling physicians to make that transition as smoothly as possible. Watch part five of this series and hear how these doctors talked with their patients and explained the enormous benefits of the concierge model.