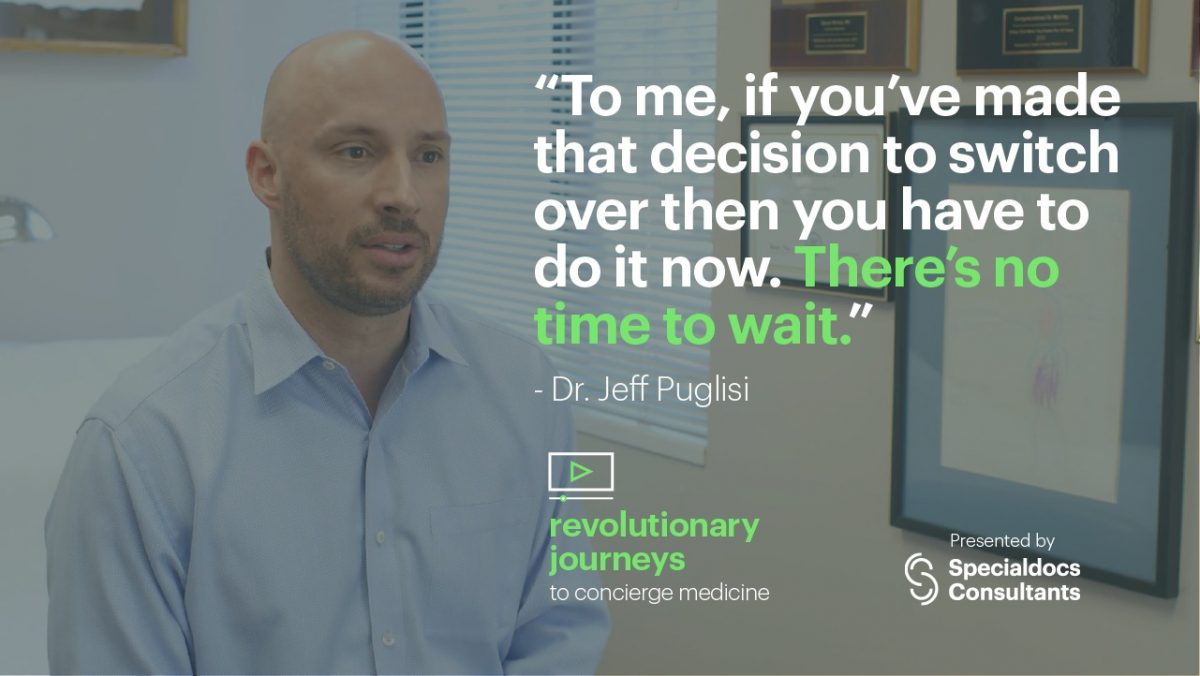 Dr. Jeff Puglisi, an internal medicine physician in Greenwich, Connecticut, believes there’s nothing more noble than being a primary care physician. He also knows first hand that, too often, the current state of the healthcare system doesn’t reward the best primary care doctors and instead tends to leave them feeling overworked and burned out.

Realizing something had to change, Dr. Puglisi and the other physicians in his practice group decided that they needed to transition their practice to a concierge model in order to spend the time necessary to properly care for their patients.

In 2015, Dr. Puglisi and his partners enlisted Specialdocs Consultants to support them in forming Glenville Medical Concierge Care, a highly successful concierge-model practice in Greenwich.

“Patients are craving time with their doctor,” Dr. Puglisi says. “We chose Specialdocs Consultants after months and months of talking about it. Their entire team is so creative, so thoughtful.”

Dr. Puglisi now says he has never felt better about his career choice, his health, his family and his ability to get involved in other areas of medicine like genomics. He believes as doctors continue to adopt this mindset, more patients will benefit in the long-run.

Revolutionary Journeys to Concierge Medicine is a video series, presented by Specialdocs Consultants, depicting the paths of several physicians who’ve transitioned from traditional practice to a concierge model practice. In their own words, the physicians illustrate the continuing challenges of the traditional practice model and how they were able to make a successful transition to concierge medicine.