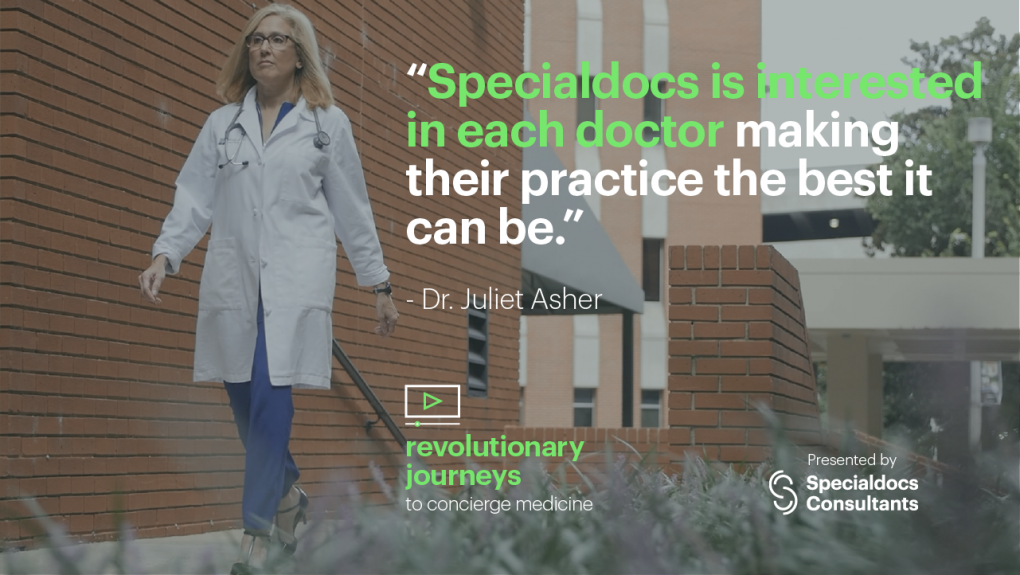 Dr. Juliet Asher, an internal medicine physician in Atlanta, Georgia, has been practicing medicine for over 25 years. But by 2017, the demands of her growing patient panel and growing family pushed her to the point that she didn’t feel like she had the time or energy to do anything well. After much research, she concluded that the only way to continue practicing medicine and give her patients and family the time and care they deserved was to launch a concierge-model practice.

Dr. Asher says her transition to working with Specialdocs Consultants was “a lifesaver.” She loves practicing medicine and “that is what becoming a concierge physician has allowed [her] to continue to do.”