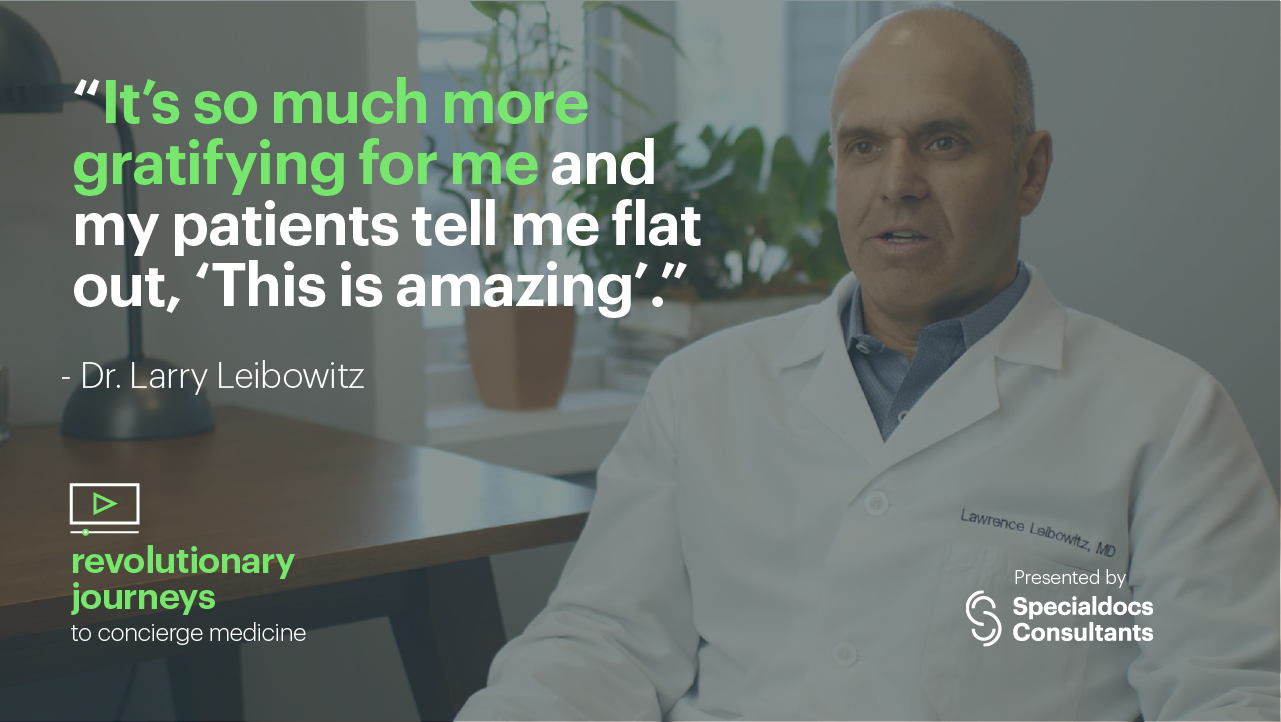 Dr. Larry Leibowitz, an internal medicine physician in New Canaan, Connecticut, once found himself stuck in a healthcare system that requires primary care physicians to see a large volume of patients to maintain a viable practice. In 2017, with the help of Specialdocs Consultants, he made a successful transition to the concierge model and hasn’t looked back.

Dr. Leibowitz says he understands the reservations that other physicians may have such as the financial risk, and the question, “what if this doesn’t work out?” But he says that Specialdocs Consultants eased his concerns by carefully planning the transition and taking a personal, customized approach to branding and building his practice — an approach that isn’t possible in a cookie-cutter model.

He now has time to listen to his patients and provide quality care in a way he couldn’t before.

“It’s more gratifying for me because I feel like I am doing a better job,” says Dr. Leibowitz. “My patients, I can see it in their faces and they tell me flat out ‘this is amazing’.”