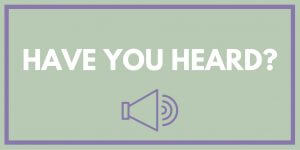 The MACRA muddle: a tipping point for independent physicians?

As the healthcare landscape continues to evolve in a way that makes it increasingly difficult for the independent physician to survive, we note with concern the latest challenge. Centers for Medicare and Medicaid Services’ (CMS) proposed rule for new value-based payments under the Medicare Access and CHIP Reauthorization Act (MACRA), has justifiably been called one of the most sweeping changes in years for physicians. Unfortunately for physicians in small practices, already struggling with financial, regulatory and emotional pressures, MACRA moves the needle in the wrong direction, benefiting large hospital groups and practices. We know the dialogue is just beginning, but we believe MACRA may prove to be a tipping point for independent physicians, forcing hard choices and spurring the search for alternative practice models before performance reporting goes into effect in 2017.

As long-time advocates for physicians who want to preserve their ability to practice medicine in an independent and sustainable model, we urge a closer look at the potential negative impact of the new MACRA ruling:

“It appears the proposed rule would create a penalty system where the big guys (larger practices) will be funded by the little guys,” says Ingrid Lund, The Advisory Board Company.

For additional information on this important topic:

Previous Post
Join Us in Celebrating National Nurses Week 2016
Next Post
What We’re Reading: Healthy Living Could Prevent Half of Deaths from Cancer
Menu