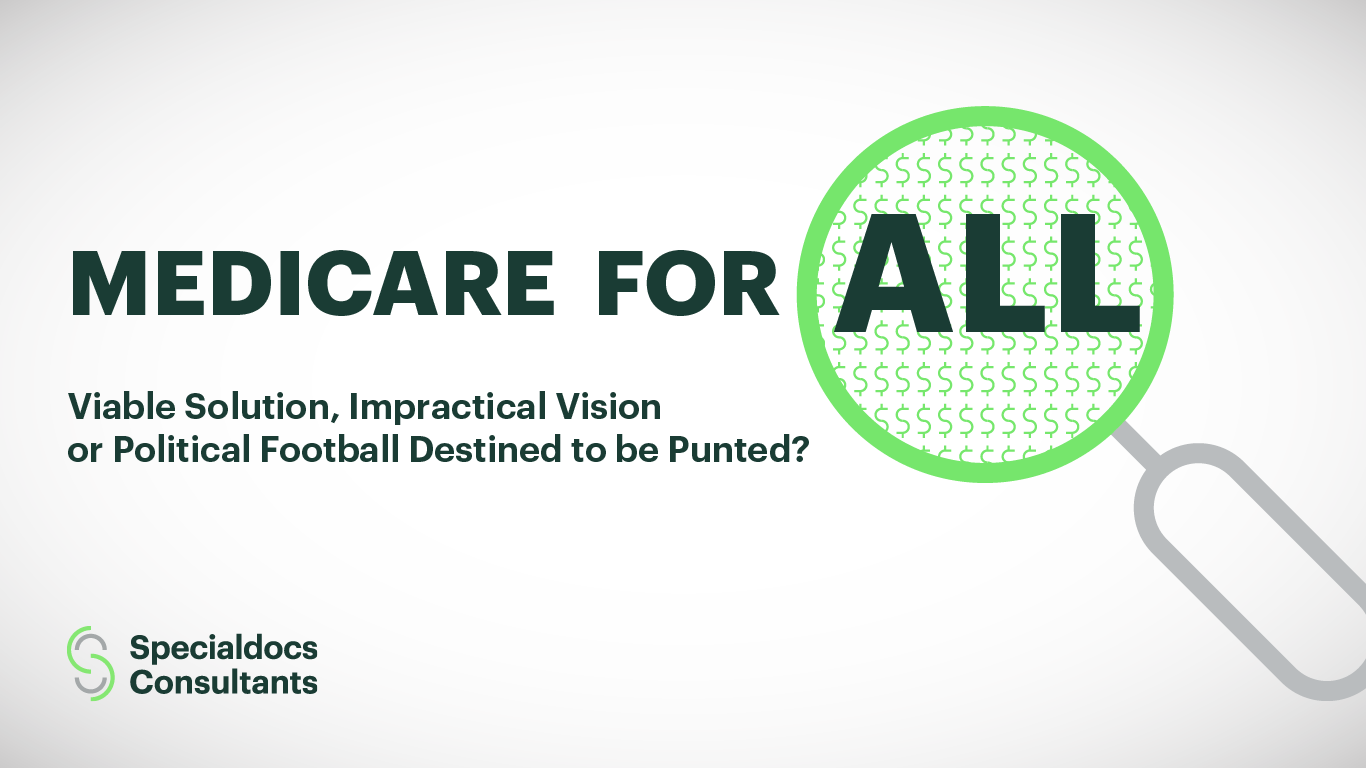 Medicare for All: Viable Solution, Impractical Vision or Political Football Destined to be Punted?

In theory, Medicare for All sounds appealing, almost Utopian. But, like so many grand plans in healthcare, no matter how well-intentioned, there may be no clear path to fruition. Even more concerning, for primary care physicians and their patients, the negatives may significantly outweigh the positives.

“We agree with the intent to expand coverage to more people. We don’t think this is the way to do it. It would have a devastating effect on hospitals and on the system overall.”  – Tom Nickels, vice president, AHA

“The AMA is opposed to Medicare for All based on a mountain of evidence about the cost, counterproductive disruption and degradation of choice, quality and innovation that Americans deserve and want.” – Statement by the AMA

“We can all agree that every American deserves access to affordable health coverage and high-quality care, but this proposal – whether you call it Medicare for All, Medicare buy-in, single-payer or a public option – moves us toward a one-size-fits-all health care system that is wrong for America.” – Partnership for America’s Health Care Future, a coalition of doctors, clinicians, community hospitals, health insurance providers and biopharmaceutical companies

While the American College of Physicians (ACP) supports change, they have not officially endorsed the Medicare for All bill as it stands, but plan to release their own set of recommendations later this year, highlighting some of the major concerns, saying, “While we believe universal coverage is an essential goal, ACP will include in our recommendations ways to ensure that physicians are fairly compensated for their services, billing is made easier, administrative costs reduced, and patients are able to choose their physicians and have access to the care they need.”

Here’s why I don’t believe Medicare for All is a concept whose time has come, and it will be back to the drawing boards in 2020, no matter which party is in power.

First, similar to value-based care, which we’ve discussed previously, Medicare for All means different things to its diverse stakeholders. It can be shorthand for a single-payer system, or a way to bring back the public option, a step toward socialized medicine, or a platform to expand upon the Affordable Care Act (Obamacare).

It’s difficult to support a plan before the details are ironed out and this one is particularly riddled with wrinkles. A cogent analysis in the New York Times shone a bright light on the wide variability in cost savings, range from $2.76 trillion to $3.87 trillion, and a widely recognized Mercatus study from former Medicare trustee Charles Blahous pegs the total cost at a minimum of $32 trillion.

“Paying the same prices that Medicare pays now would mean an effective pay cut for medical providers who currently see a lot of patients with private insurance.” – NY Times, April 2019, “Would Medicare for All Save Billions or Cost Billions?”

The struggle to fund a system to care for millions of Americans may place new burdens on providers, with ample evidence seen in public programs like Medicare, which historically reimburse physicians less than the cost of delivering care to patients.

Blahous projects the bill would reduce provider reimbursements by 40 percent. For physicians already squeezed by a system of diminishing reimbursements and challenged with new, risk-sharing models proposed by the Centers for Medicare and Medicaid Services, the outlook is overcast at best, with storm clouds almost assuredly gathering. This will undoubtedly exacerbate the shortage of 122,000 physicians in the next decade forecast by the Association of American Medical Colleges, putting more pressure on those struggling to deliver quality care in an overloaded system.

Additionally, much skepticism justifiably surrounds one of the key advantages touted by Medicare for All advocates – decreased administrative costs by eliminating the need for insurance claims reviews, marketing and other functions. One has only to witness the inner machinations and outer inefficiencies of the US Post Office to realize that federally-run behemoths frequently don’t work as planned.

There is also a very valid concern about shifting a great deal of responsibility for treatment decisions, care options and preventive measures to the federal government. Personalized care and individualized treatment will by necessity give way to a more population health-focused approach.  Our fear is that we will lose even more of the physician-patient relationship rightfully cherished by generations of Americans.

As a US citizen, long-time healthcare industry professional, and occasional patient, I’m well aware how much restoration our broken system requires. But is Medicare for All the answer? I don’t believe it is, and unless better, more viable solutions are crafted, I am certain we’ll be asking the same questions two, five and 10 years down the line.

The need for an alternative solution now underscores why the Specialdocs’ concierge medicine model remains one of today’s most inspired answers.  For dedicated physicians driven by a burning passion to provide the best possible patient care despite constant change and an evolving set of obstacles, it’s my privilege to continue offering this lifeline to a sustainable, rewarding practice. 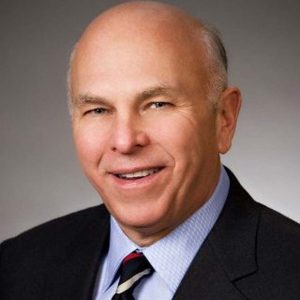 Terry Bauer is the CEO of Specialdocs Consultants. Terry’s vision of concierge medicine as an innovative and sustainable model for healthcare’s future began in 1999 when he first learned of the business from industry pioneers, and his interest in the sector continued to grow over the years. Learn more about Terry.