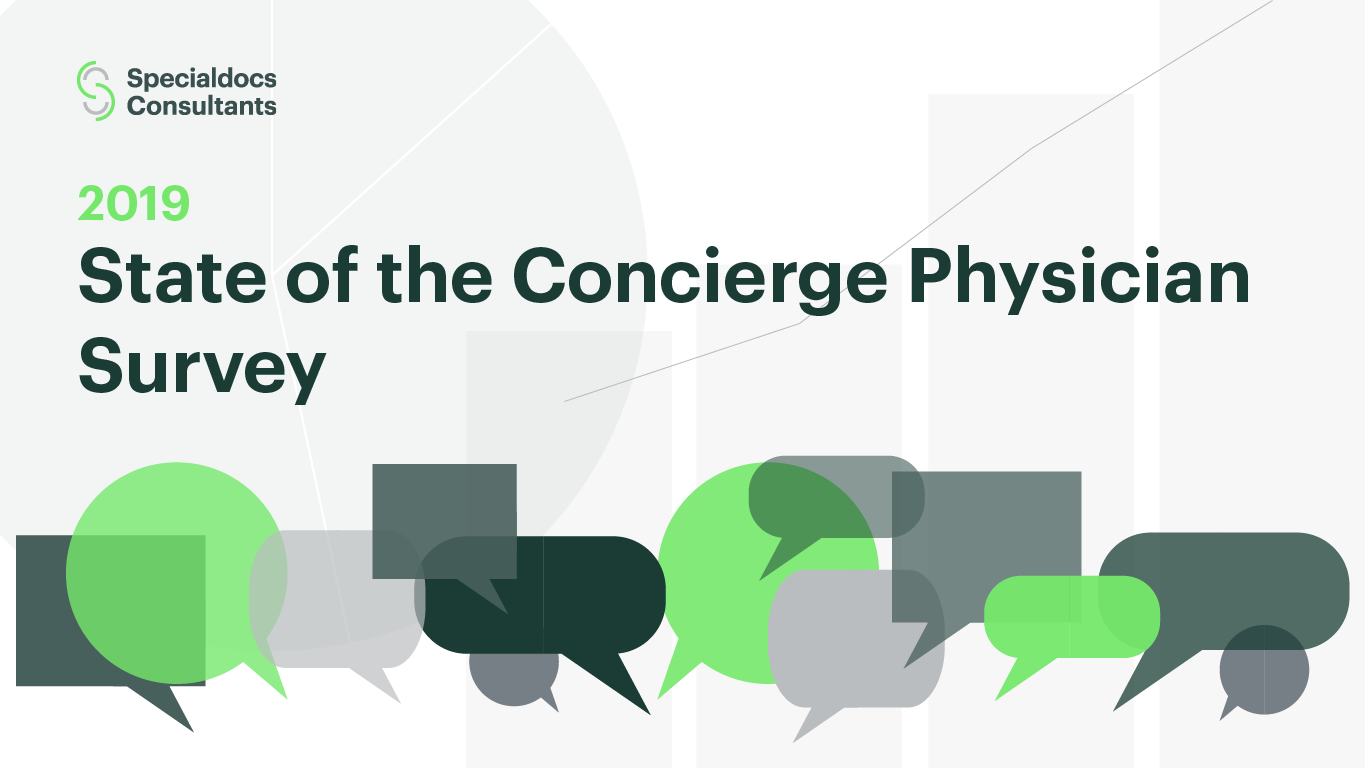 In an era of shifting consumer expectations and a healthcare system often described as “dysfunctional” with high levels of physician burnout, it’s particularly noteworthy to report the uniformly excellent satisfaction ratings that the concierge medicine model receives from doctors and patients alike.

According to Specialdocs Consultants’ “State of the Concierge Physician” 2019 survey, and its annual polls representing more than 20,000 concierge patients, appreciation of the model’s value continues to rise, creating a clear vision for healthcare’s future.

“The results provide evidence of concierge medicine’s most distinctive difference as the only healthcare model designed to recognize and reward the powerful physician-patient connection,” says Terry Bauer, CEO of Specialdocs.

As a just-published study by the National Academy of Medicine¹ shows, dedicated physicians are facing numerous systemic challenges that are causing them to become increasingly dispirited in their quest to provide high-quality care.

“We all recognize an emphasis on the human aspects of care is needed to restore a broken system,” says Bauer, “but I believe the only viable solution can be found in our concierge medicine model. The need for endless documentation, concern over lower reimbursement rates and almost inevitable feelings of burnout are eliminated. In its place is a life-changing opportunity to create a vibrant practice, with time to pursue deeply felt professional and personal passions.”

The rewards for patients are equally compelling, their satisfaction rates with their concierge physician measure over 98%² and overall 4.8/5 ratings in online reviews.³

The State of the Concierge Physician survey

Earlier this year, Specialdocs asked their physician-clients to participate in an online survey focused on their satisfaction with the state of medicine today, their satisfaction with their individual careers, their spirits before and after making the change, and what they valued most about the Specialdocs concierge model. Answers were recorded anonymously and used in aggregate to ensure privacy. Here are the results:

Most valued about the Specialdocs model: the ability to remain independent, and to create a medical practice based on personal vision.

“Behind the numbers is the human face of concierge medicine – a joyful return to a physician-patient relationship built over time with trust, respect and extraordinary care,” says Bauer.

Since 2002, Specialdocs Consultants has helped physicians nationwide transform their practices with the industry’s most customized and sustainable concierge model.