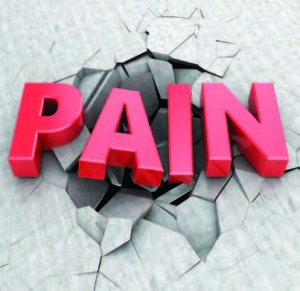 Nothing erodes the quality of life faster than pain and unfortunately more than half of American adults report they live with it on a chronic, recurring basis. That makes it easy to understand why, when seemingly safe, effective opioid drugs became widely available in the 1990s, they were quickly embraced by physicians and patients. Considered one of the most promising developments in pain management in decades, opioids such as oxycodone (OxyContin, for example), hydrocodone (Vicodin) or meperidine (Demerol) had already proved highly effective on a short-term basis to treat acute pain. The mechanisms were clear: opioid molecules travel through the bloodstream into the brain, attach to receptors on the surface of certain brain cells and trigger the release of dopamine in the brain’s reward and pleasure center.

However, what was not known was how patients reacted to these medications when taken daily for weeks, months and years to treat chronic conditions ranging from headaches and stubborn lower back pain to neuropathy, fibromyalgia and severe degenerative joint disease. As use of opioids for chronic pain (defined as lasting longer than three months) became widespread, reports of unwanted side effects emerged, along with doubts about long-term efficacy and optimal outcomes. Most alarmingly, the potential for abuse and addiction materialized into a full-blown crisis, evidenced by stark statistics like these:

Clearly, sweeping changes were needed, and in response, new recommended guidelines for safer pain management were issued by the Centers for Disease Control (CDC) last spring, and received
strong endorsement from well-respected organizations including the American Academy of Pain Medicine and the American College of Physicians (ACP). According to ACP, the recommendations are “reasonable, based on the best available evidence, and find the right balance between educating about the hazards of opioids while recognizing special circumstances where such medications may be an important part of a treatment plan.” The recommendations specify best practices for dosage levels and usage, and raise awareness of the risks posed to all patients by the drugs. Please note that these are recommendations only and may be altered at the discretion of the physician treating you to fit your unique needs. These include:

Previous Post
Is What You’re Reading What You’re Eating?
Next Post
Bring It Down: Healthy Blood Pressure Numbers May Go Even Lower
Menu