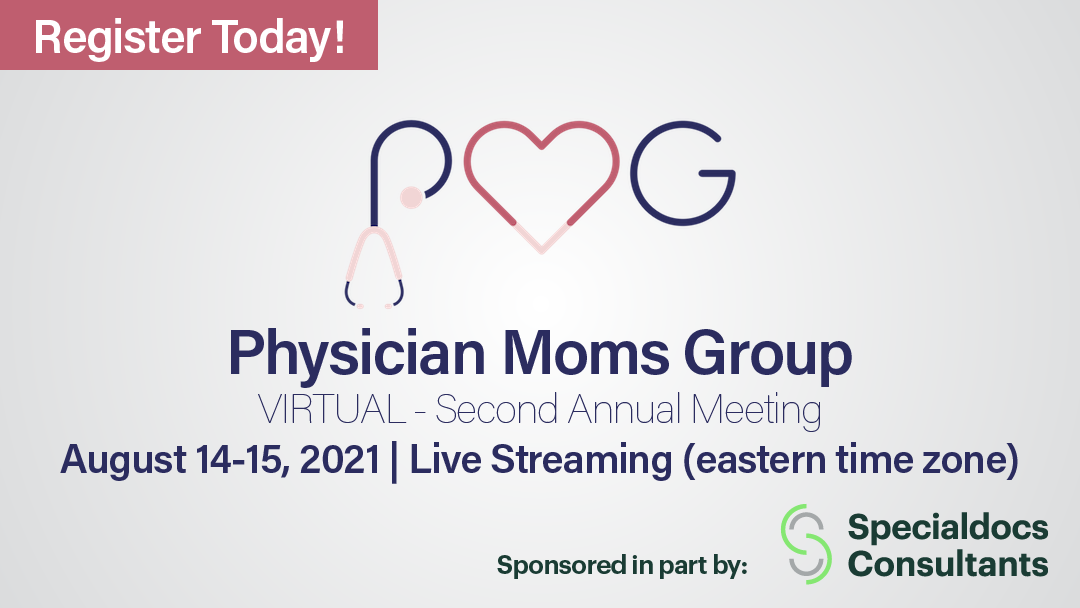 Specialdocs is a proud sponsor of the 2021 Physician Moms Group virtual conference, “Medicine Together,” streaming live this weekend, August 14th-15th. Following the event, registrants will also be able to access on-demand video of the presentations.

Specialdocs supports the mission of PMG: to provide resources and knowledge-sharing opportunities for its network of women physicians actively juggling career and family.

Started as a small Facebook group by Dr. Sala Habry in 2014, the group has grown to include more than 71,000 female doctors in every type of specialty all over the world.

Register for the event

Dr. Murthy received his bachelor’s degree from Harvard and his M.D. and M.B.A. degrees from Yale. He completed his internal medicine residency at Brigham and Women’s Hospital in Boston and later joined Harvard Medical School as faculty in internal medicine.

The American College of Osteopathic Emergency Physicians is accredited by the American Osteopathic Association to provide osteopathic continuing medical education for physicians.

The American College of Osteopathic Emergency Physicians designates this program for a maximum of 12.00 of AOA Category 1-A credits and will report CME and specialty credits commensurate with the extent of the physician’s participation in this activity.