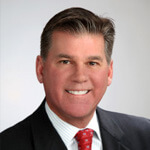 Sacramento’s leading daily newspaper, the Sacramento Bee, featured an in-depth look at the rise of concierge medicine in its Sept. 6 edition. The reporter notes that while concierge practices were once considered the province of only the wealthy, the concept is attracting many more physicians and patients, with number of practices increasing by 36 percent in recent years. Our own Specialdocs Vice President of Physician Marketing Operations, Rob Lewis, weighed in on key factors for physicians to consider as they make the change to concierge medicine – from how many patients are needed to make a practice financially viable to how to communicate the right message. As Rob said, and our Special Docs will undoubtedly agree: “It’s a critical moment in a physician’s career.”

Click here to read the article in its entirety:  Concierge medicine: Like having a doctor on speed dial