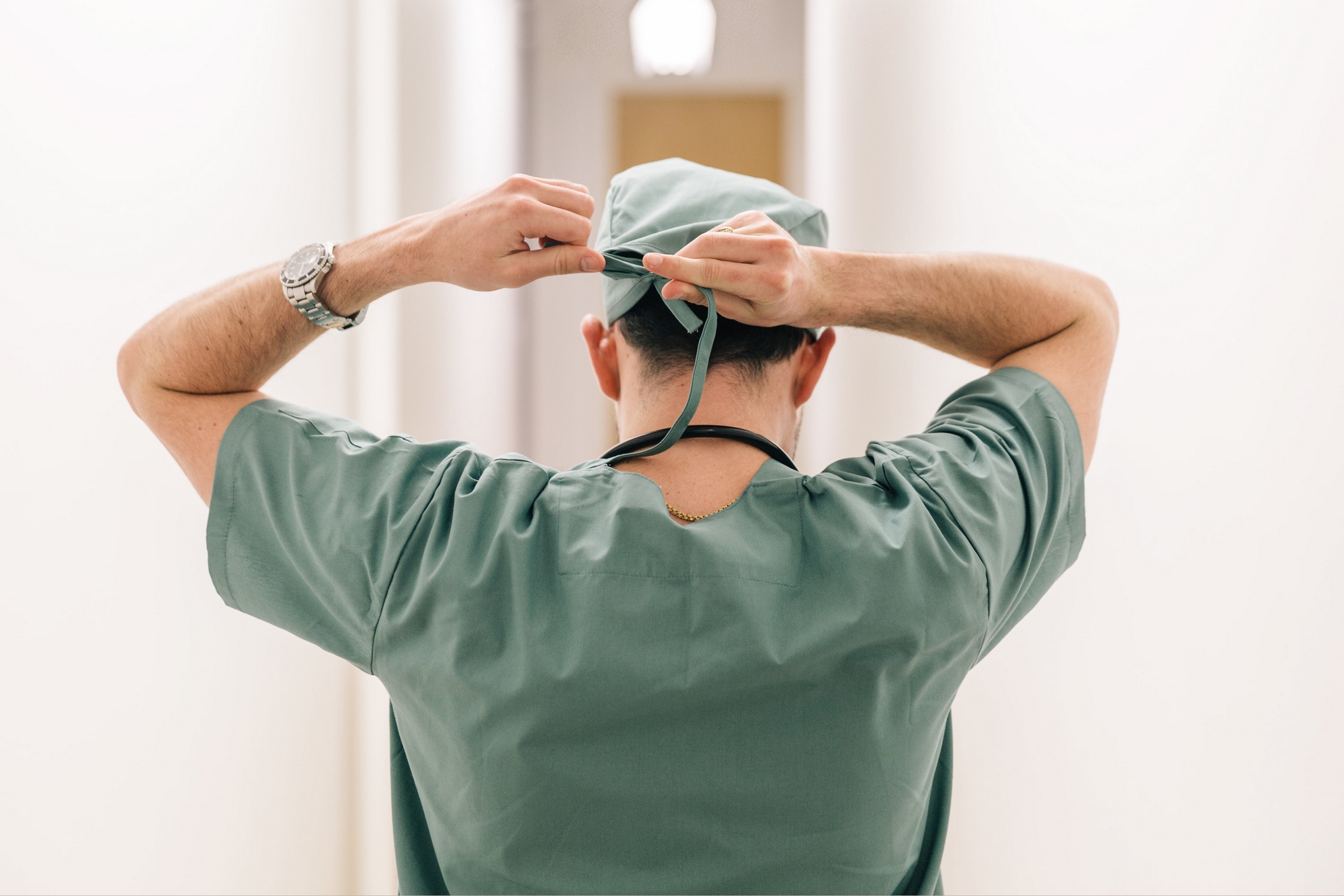 Article featured on MedicalEconomics.com by Terry Bauer, CEO of Specialdocs, a concierge medicine pioneer that has transformed physicians’ professional lives since 2002

Why concierge medicine may be the solution, not the problem

As the pandemic slowly morphs into an endemic, its impact on primary care physicians continues to tug at the seams of an already fraying health care system. Now rising to the top of America’s health care challenges is the looming physician shortage, predicted with increasing urgency every year since the early 2000s. The Association of American Medical Colleges now estimates a shortage of between 37,800 and 124,000 physicians by 2034, accelerated by a perfect storm of pandemic closures, physician retirements, an aging population and escalating demand for care. Simultaneously, the surging popularity and predicted 10% annual growth of concierge medicine practices, characterized by intentionally small patient panels, appears to be intensifying the issue.

However, appearances can be deceiving and the opposite may prove to be true: concierge medicine is not fueling the physician shortage but may represent one of the most viable potential solutions. By presenting a sustainable model that eliminates much of the burnout pummeling the spirits of our country’s health care providers, concierge medicine is extending the active practice years of experienced physicians, keeping the doors of primary care practices open and inspiring new generations to enter the field.

The dialogue on how to fix a broken health care system, which began well before the pandemic, has shifted to increased recognition of the value offered by concierge medicine. For example, Erin E. Sullivan, Ph.D., research and curriculum director at Harvard Medical School Center for Primary Care, told Scientific American: “(Before the) pandemic, I would have said, ‘We don’t have enough physicians choosing to practice primary care.’ And if those physicians who do choose primary care elect to practice in models such as concierge, then you could see how that would exacerbate a shortage. On the other hand, if these models prove to be more attractive or sustainable ways for physicians to practice primary care, then can we increase the number of physicians electing to practice primary care? And can we learn from these models to build something better and accessible for all patients?”

And when asked about the effect of concierge and direct primary care models on the physician shortage, Reid B. Blackwelder, M.D., past president of the American Academy of Family Physicians, told Medscape: “All these models are ways of investing in primary care. With the pandemic, we’ve made some changes in how we interact with our patients that I think were exactly what we needed.”

“Listen to your patient, he is telling you the diagnosis.”The observation made in the 1890s by internal medicine pioneer William Osler, M.D., CM, holds true for today’s physicians, who have accurately diagnosed the major cause of our system’s ills: volume-based care with little regard for the individual practitioner trapped on the hamster wheel. Doximity reports that over 73% of physicians said they were overworked, and 55% of physicians surveyed by Medscape said they would take a salary reduction to achieve a better work-life balance.

Failing to care for the caregivers in a traditional fee-for-service practice model or in a large health care system group is quickening the exodus of dedicated physicians. The Advisory Board sounded the alarm earlier this year, writing: “There has never been a moment when we think doctors are more likely to quit. And even if they don’t quit, we question the quality of care that’s being delivered, given that burnout leads to worse patient outcomes and increased medical errors.”

In contrast, concierge medicine physicians are remaining in practice longer than initially planned, buoyed by intense professional satisfaction and the ability to balance work and life needs. Physician search expert Craig Fowler notes in his work on succession planning that doctors in a concierge practice consider retirement at a significantly older age than those in a traditional model. “They’re able to enjoy a good quality of work life and retire on their own timetable,” he says.

Not the retiring type

At Specialdocs we are privileged to work with many experienced physicians who remain more committed than ever to staying in active clinical practice. Here are some highlights:

“I’m now starting my 41st year as a physician and I’ve never loved being a doctor more.”

“Before transitioning with Specialdocs in 2018, I was ready to retire early. My spirit was completely broken by a medical system focused on superficial care and high patient volume. As a concierge physician, I am making a real difference in my patients’ lives, with time to take a thorough history at each visit or cut through the bureaucracy and arrange an urgent consult with a specialist.”

“The term ‘burnout’ is no longer part of my vocabulary.”

“In the mid-2000s I felt I was just a few years away from retirement. The pace was such that I feared making mistakes I would regret. Changing to the Specialdocs model eliminated the day-to-day stress so well it’s added years to my practice. I’m in no hurry to retire now and am truly grateful that I was able to continue to care for my patients throughout the pandemic.”

“I undoubtedly would have left medicine earlier had it not been for my change to concierge medicine.”

“I was burnt out, and at 68, I felt my choices were limited to early retirement or joining a local large hospital group. Partnering with Specialdocs to launch a concierge medicine practice offered a much better alternative and I now plan to keep caring for patients as long as possible.”

Among the pandemic’s many heartbreaking statistics is this one: In 2020 and 2021, more than 24,000 independent practices were reported permanently or temporarily closed. New data from the Physicians Advocacy Institute shows almost three-fourths of U.S. doctors now work for hospitals, health systems or corporate entities, an almost 20% jump since 2019.

We have long understood that the traditional fee-for-service payment model is not sustainable. Since 2001, Medicare physician payment has fallen 20%, adjusted for inflation, whereas the cost of running a medical practice has increased 39%. Becoming employed by a hospital system doesn’t provide a neatly packaged solution either, as most hospital-employed physicians earn 20% less than independent practitioners, according to Medscape.

Although a sense of normalcy is returning, for primary care physicians in traditional fee-for-service practices the situation remains bleak. According to the Primary Care Collaborative, nearly half of physicians say primary care is crumbling, over 40% describe themselves as mentally and financially fragile, one-third report they are currently denied and/or seriously overdue payments from insurers and health plans and only 21% find the fee-for-service form of payment sufficient. Most troubling, one in five physicians surveyed by the American Medical Association said they would likely leave their current practice within two years. This is an incalculable loss that will be felt for many years to come.

However, for concierge medicine physicians, although the pandemic was demanding, their professional survivability was never in question. A stunning 0% of concierge medical practices were closed during the pandemic, and they continue to thrive in 2022 based on a solid foundation of membership fee revenues. Freed from financial worries and overloaded patient panels, concierge physicians not only keep their doors open but their minds and hearts as well. As Dr. B.B. shares, in 2021 his long-time multidoctor cardiology practice in the Boston area was about to be shuttered because of the pandemic. “Making the change to concierge medicine with Specialdocs saved our entire organization with an approach that has enormously benefited patients and restored our joy in practicing medicine.”

If you’re looking to gain your independence, practice your best medicine for your patients, and achieve a rare work-life balance, then consider taking our brief STEP form so that we may determine if you’re a good candidate for concierge medicine. Specialdocs is here to answer all your questions and guide you every step of the way towards building your concierge practice.

Previous Post
Celebrating Freedom: Regain, Retain or Attain Your Independence as a Concierge Physician
Next Post
Why Doctors Are Switching To The Concierge PCP Model
Menu