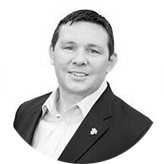 Kevin is currently President & CEO of Centennial Hospice, a privately held hospice services provider based in Oklahoma City. Most recently, Kevin served as President & COO of Heart to Heart Hospice, a multi-state growth-equity-backed hospice services provider based in Texas. Prior to his role at Heart to Heart, Kevin served as President of Muskie Proppant LLC and Taylor Frac LLC, private-equity-backed producers of proppant used to enhance recovery rates of hydrocarbons from oil and gas natural wells. Kevin was also previously the President and CEO of My Dentist, a growth-equity-backed dental care network, where he oversaw the sale of My Dentist to Heartland Dental.

Kevin also served as an Army Blackhawk helicopter pilot in multiple key leadership positions and is currently serving as a Civilian Aide to the Secretary of the Army (CASA) for Oklahoma.

Kevin holds a B.S. in Systems Engineering from the United States Military Academy at West Point and an M.B.A. from Emory’s Goizueta Business School.